Big Duck Tours are a great way to experience the marine life around Victor Harbor. You might encounter seals, sea lions and dolphins. The coastal landscape is spectacular too.

Victor Harbor is a seaside town on South Australia’s Fleurieu Peninsula. It is just over an hour’s drive from Adelaide. The Big Duck leaves from the causeway connecting Victor Harbor and Granite Island.

There is a 45 minute Seal Island Tour or the 90 minute Southern Ocean Adventure. We have done the 90 minute tour a couple of times and both trips were great. Even though it was the same tour, we had different experiences each time. That is the thing about wildlife tours – you never know what you are going to get.

Part of the fun of the Big Duck Boat Tours is the duck. It’s a rigid inflatable boat that fairly races across the water. When the crew fire up the duck between stops, hang onto your hat!

The Big Duck tour boat holds around 18 people. It was full both times we went out, but it didn’t feel crowded. Even when everyone is up out of their seat to watch a pod of dolphins, it didn’t feel cramped.

It’s a comfortable ride. The boat has a canopy to protect against a hot sun or passing shower. If things look like getting a bit splashy, there are full body spray jackets to wear. We had good weather for both of our trips, so we had no concerns about our cameras getting wet. Best check the conditions on the day to decide if that is a risk you want to take.

After you rocket away from the Granite Island causeway, the first stop on the tour is Seal Island. It is also known as Seal Rock. Regardless of which name you use, it’s not hard to guess what you might spot here – that’s right, birds. The island is home to hundreds of crested terns.

Recent bad weather had caused the terns to move to a different island. This was good because it allowed a good view of the rock’s other inhabitants – seals. For our visit, it was the endangered Australian fur seal we saw basking in the sun.

When it comes to relaxing in the sun, seals have it down to a fine art. They don’t care they are lying on rock. There might be waves crashing around them and hundreds of birds squawking. The seals seem oblivious to it all. There was excitement on the boat when one briefly sat up for a scratch before flopping back down. They are a great sight.

Our next stop was the new home of the crested tern population – Wright Island. We have several good memories of our Big Duck tours, but this is one, pardon the pun, is right up there. There were hundreds of terns in front of us on the beach and skimming across the water.

It wasn’t until we drifted in closer that we saw all the chicks on the beach as well. There were dozens of them, little balls of feathery fluff walking among the adult birds. Above us, their parents were flying back to the island with small fish hanging from their beaks.

From Wright Island we moved into the open waters of Encounter Bay. We paused there and heard about the chance meeting in the bay between explorers Mathew Flinders and Nicholas Baudin. We then had a special encounter of our own.

On our first tour we saw a pod of bottlenose dolphins. I don’t care what anyone says, seeing a dolphin up close never gets old. They swam alongside and around the boats for fifteen or twenty minutes.

There would have been ten or twelve of them and they seemed quite happy following along at a gentle pace. It was a magical and serene experience. It contrasted sharply with the dolphin encounter we had on our second tour.

We had already seen the terns having some fishing success. As it turned out, they weren’t the only ones enjoying a feed. The Big Duck headed south of Encounter Bay and pointed towards a flock of birds hovering above the water.

Distracted by the birds, it took us a moment to spot the pod of common dolphins swimming either side of the boat. They weren’t cruising alongside us as the bottlenose dolphins had done. They were hunting. There were bait fish around and, as anyone who has seen a nature documentary would know, being a bait fish is a dangerous occupation.

The boat slowed and a feeding frenzy unfolded around us. From the sky, terns, petrels and cormorants dived into the water. From below, the dolphins moved in groups of two or three to corral the fish. Once or twice a leaping flash of silver suggested that tuna had come for a feed too.

It was thrilling to watch. The common dolphins have a beautiful two-tone grey colouring. As they darted through the water you could see flashes of light grey slice through the water. It would have been great to video or photograph, but it wasn’t that easy!

Between the ocean swells and how fast everything was happening, it was hard to get a picture. In the end, figuring this isn’t something you see every day, we put the camera down and watched. The water bubbled and splashed as the dolphins and birds attacked the fish.

The feeding lasted about 20 minutes then, as quickly as it appeared, the action stopped. It was a sight we won’t forget for a while.

As we all caught our breath, the Big Duck cruised up to the Waitpinga Cliffs. At 100m tall they are an impressive sight from the water. A section of South Australia’s Heysen Trail runs along the top of the cliffs. There is a walk you can do around Encounter Bay to the cliffs which is a great half day activity.

The cliffs are also a favourite place for rock climbers. On our first tour we spotted some climbers doing their thing halfway up the cliff face. We decided we were quite happy just watching them from the comfort of the boat!

Our final stop before returning to the causeway is West Island. It is an interesting place. There is an abandoned research station there that was once used as a base for studying local abalone.

The island was also used as a granite quarry. You can still see piles of rubble and large granite blocks. Granite from the island was used to build South Australia’s parliament house.

West Island used to be home to a population of little penguins. Apparently the abalone researchers were kept up at night by the noise made by the thousands of little birds. Unfortunately the population is no more. Don’t let the crew trick you. They might point to a black faced cormorant and try to convince you it is a rare long necked penguin!

Whale of a time

Neither of our Big Duck tours were during whale season. If you go out between April and October you might be lucky enough to spot southern right whales. They are quite a common sight in the waters around the Fleurieu Peninsula.

From West Island it is another wind in your face ride back to the causeway. On one of our trips, we finished the tour with a couple of fast paced doughnuts. The duck rose high onto its side as we wheeled around in tight circles.

If nature experiences are your thing, get yourself on one of the Big Duck tours. The crew are friendly and informative and the scenery is spectacular. What wildlife will you see? You never know, but when it comes to nature spotting that is all part of the fun!

Located right on the beachfront, overlooking Encounter Bay this Victor Harbor Beachfront Holiday Park is the perfect base for your Victor Harbor holiday. With bouncy pillows, water parks, pool, recreation room, kids holiday activities there is plenty to keep the kids occupied.

If you love Australian Wildlife & Outdoor Experiences download this list and keep it handy when you are planning a weekend away or a road trip around Australia.

The Whyalla Cuttlefish – A spectacular show!

25 Things to do in the Adelaide Hills 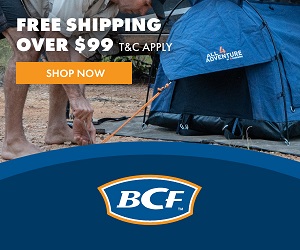