Sandflies are horrible things. But if you haven’t come across them before, what should you be looking for? Where do they live, how do you prevent and treat sandfly bites?

We had a run in with them in Cooktown. We’d never encountered them before and poor Nat had a particularly nasty time of it. So, if you have heard of sandflies but wouldn’t know if you have been bitten by them or not, read on so you can prepare for your first meeting. On our trip around Australia we had endured swarms of mosquitoes and March fly attacks. We’d swatted, flicked and brushed off all sorts of other bugs, but we had managed to avoid sand flies.

When we arrived at our park in Cooktown, they warned us about the mosquitos that appeared around dusk. To combat this, we deployed our usual battery of mozzie coils. As we relaxed under our annexe in a haze of citronella scented smoke, there wasn’t a mosquito in sight. Little did we know, the sandflies had arrived.

Where do sand flies live?

Naively, we thought sandflies only lived around sand. As it turns out, they are happy living in any damp dirt or mud around creeks and estuaries. Humidity and a lack of wind are perfect sandfly conditions. They are most likely to come out around dawn and dusk.

When they leave the ground they settle in vegetation waiting for some exposed skin to come by. Our lush campsite in Cooktown had a creek running behind it. It was warm and sticky so we were all in shorts and t-shirts. There wasn’t a breath of wind. We were sitting ducks! 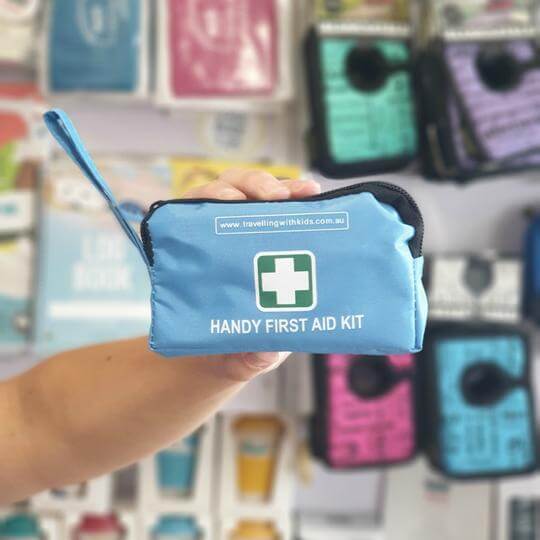 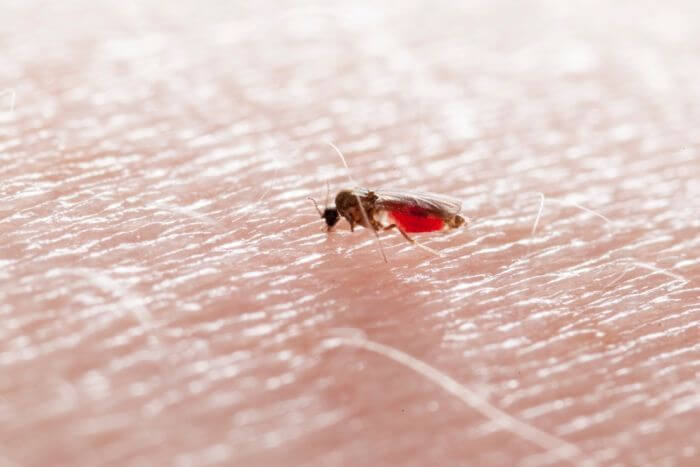 The other thing that caught us off guard was we had no idea what sandflies look like. The first thing you need to know is they are tiny. You won’t be flicking them off your arm like you do a fat, lazy blowfly.

They are between one and three millimetres long with a dark body. They have wings but, as they usually appear at twilight, seeing the wings can be tricky. Until they move, they could be mistaken for a new freckle or a spec of dirt.

The problem is, when you’re camping, it’s not unusual to have a bit of dirt or dust on your legs. Throw in a few hairs and you’ll have a very difficult time spotting these annoying little blood suckers.

The most common signs of a sandfly attack are itching and redness on your skin. They tend to target your lower legs, neck and scalp but really, any exposed skin is a potential meal. At their mildest, the bites will cause small red or pink dots.

Some people will have an allergic reaction to the sandflie’s blood thinning saliva. Allergic reactions can include raised welts and ulcers. Google the pictures of sandfly bites if you want to be really grossed out. 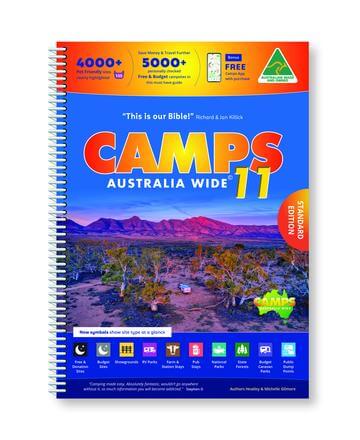 The latest edition of Camps Australia Wide features more sites than ever before, giving campers, caravanners, 4WD enthusiasts, road trippers and other travellers more places to pull up and stay for the night. Travellers who want to take their pet on the road can choose from over 4,000 pet-friendly campsites using Camps 11, making it easy to discover Australia without having to leave your furry (or otherwise) friend behind.

Had we known we were in danger, we would have tried some of the many and varied sandfly repellents. If you prefer a natural approach you can apply everything from lemon juice, eucalyptus spray and meths’ to Vegemite, coconut oil and (presumably because it works on vampires) garlic.

If you are happy to use a chemical based repellent, go for one with DEET as the active ingredient. The higher the DEET percent, the more hours it will protect you. Get a ‘tropical strength’ mix if it’s available. You can either take comfort or be concerned that DEET was developed by the American army in the 1940s.

The only thing more exotic than the list of repellents is the list of treatments. Some of the more interesting suggestions include rubbing in toothpaste, onion, tea tree oil or vinegar. The ever popular turmeric root also pops up as a treatment option.

More conventional treatments include ice packs or a cool shower. You can also try antihistamine medication or sting and bite creams. Calamine lotion and Aloe Vera gels are also popular. 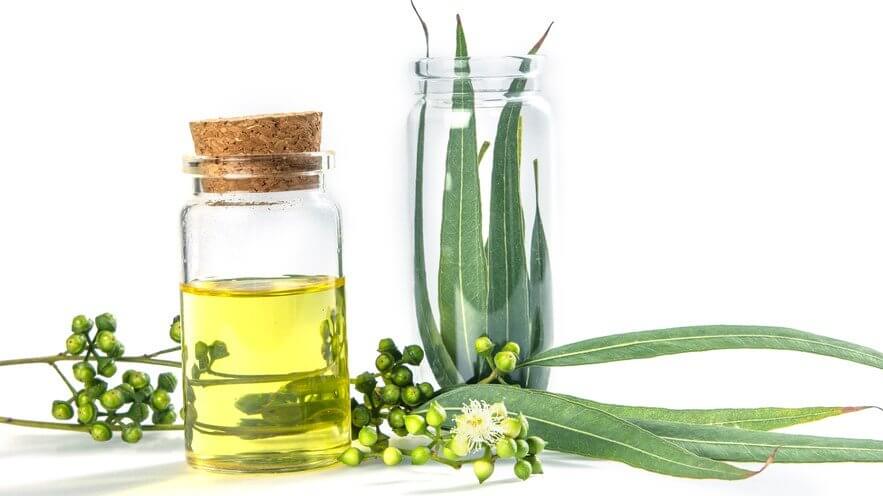 Back to our first night in Cooktown… by the end of the evening we were all doing exactly what you should not do to sandfly bites – scratch them. It was our neighbour who let us know that we were victims of the local sandflies.

The kids and I escaped with just a few itchy spots, but Nat wasn’t so lucky. She was covered in tiny red dots and the itch was excruciating.

While the rest of us soon recovered, Nat ended up at the chemist. She got a pink ointment which she applied frequently and liberally to the affected areas. The splotches of cream gave her a bright pink polka-dot appearance.

It was in this creamy, dotty condition that she resumed the next part of our journey.

Calamine lotion in the Cape

As we reached our next stop, Cape Tribulation, we both jumped out of the car to check in at the caravan park. Nat took a couple of paces before realising she was still covered in pink dots.

Not wanting to go into reception looking so spotty, she grabbed some tissues to wipe it off. The result was a smear of pink that made her look like she was coated in strawberry ice cream.  At the time she thought this was the low point of her sandfly experience. Unfortunately, there was worse to come.

Read More :  Plan your trip along the Savannah Way It took a couple of weeks, but eventually Nat’s spots disappeared, and the itching subsided. There was one dot though, that started to grow rather than shrink.

Over the course of 24 hours, the dot transformed into a fluid filled sore with its base the size of a five-cent coin. It formed a perfect golden dome just above her ankle. It looked spectacular but was very painful.

The orb’s appearance prompted another trip to the chemist where she learned one of the bites was infected. As sympathetic as I felt, all I wanted to do was get a picture of it. To my great disappointment, the request for a record of the event fell on deaf ears.

Nat was adamant that she wanted no reminders of her ‘hideous deformity’. I tried to convince her that this was exactly the sort of thing we would all laugh about later. My pleading was ignored and I was told to get an infected bite of my own if I wanted a picture that badly.

The blister continued to grow for a couple of days at which stage Nat decided it had to go. She could no longer take the pain and, in her words, the ‘disgustingness’ of it.  What happened next might not be advisable so we don’t recommend it. Nat found a needle, sterilised it and pierced the blister.

I was sad to see it deflate and the fluid run down her ankle. It was great photo op’ if I had ever seen one. The procedure resulted in instant pain relief. It soon healed but the infected bite has to this day left a faint scar in the shape of a perfect circle.

Next time you’re relaxing at dusk with a drink and enjoying the balmy evening keep an eye out. If you notice a moving hair, freckle or bit of dirt don’t put it down to a trick of the light. It might be the sandflies are on the bite! 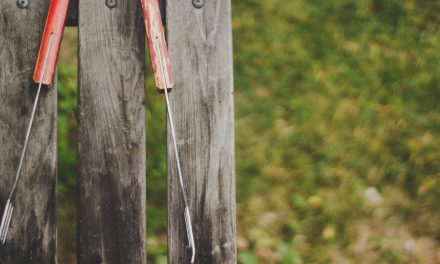 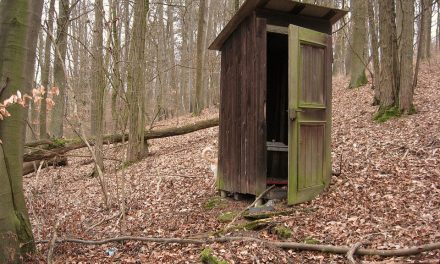 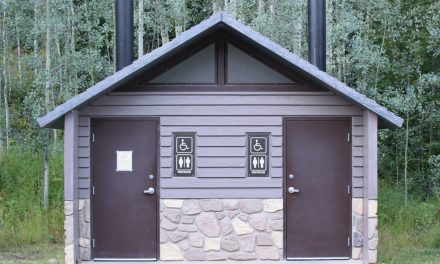 The challenges of campground amenities! 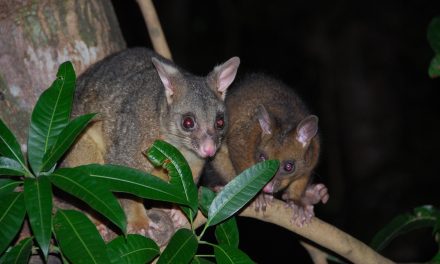 Noises in the Night 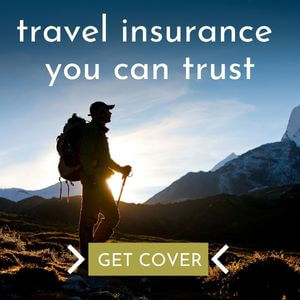 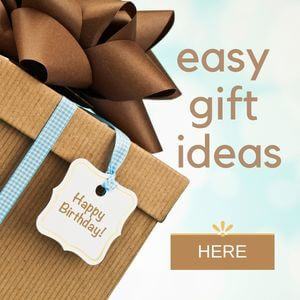