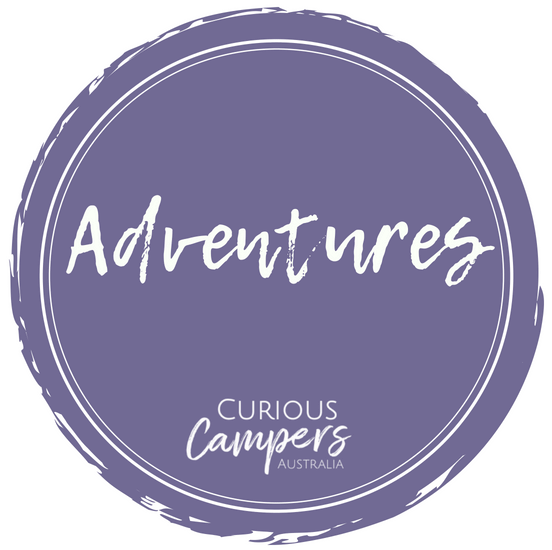 A Ewens Ponds snorkeling trip is an adventure you will never forget. Put this at the top of your list of things to do in Mount Gambier. It’s just a short drive to the coast. Hire a wetsuit and get ready to explore this unique underwater world.

We’d just arrived at Ewens Ponds Conservation Park and were watching another couple get out of their scuba gear. They had on full length wetsuits, boots, gloves and hoods. We looked at our light weight shortie wetsuits in the back seat and felt a little under prepared.

The Limestone Coast is known for the Naracoorte Caves and Mount Gambier’s Blue Lake. It’s also a popular destination for scuba diving enthusiasts. Piccaninnie Ponds is known the world over for its spectacular cave diving. But for us, the Piccaninnie dive would have to wait for another trip.

Nearby Ewens Ponds is a series of spring-fed sink holes and connecting channels also in the south east of South Australia. They’re about 30 minutes from Mount Gambier. The ponds are best known for their clarity. Underwater visibility can be as good as 80 metres which is crazily good.

We were staying at Port MacDonnell and were keen to explore the channels and pond. As famous as the ponds are for their clarity, they are also known for being on the chilly side. The temperature is a pretty consistent 15 or 16 degrees. Not really shortie wetsuit conditions, but we did our best to convince ourselves otherwise.

‘It’s the middle of summer and we’ll be swimming right on top of the water. We’ll be fine’ Nat said. We opened a small gate and walked onto a pontoon. I agreed and added that only a couple of days ago it had been over 40 degrees. She agreed with me as we took turns trying to mentally prepare each other.

The view from the pontoon is unremarkable. Pond one is 50 metres across and surrounded by tall reeds. The water looks clean, clear and blue but from above gives away few of its secrets.

We put on our facemasks. I fiddled around with mine hoping the delay would force Nat to go in first. I’d made the mistake of dipping my foot in the water. That small action undid the benefit of our earlier pep talk and I was now balking at the cold.

My plan worked. Nat made her way down the ladder, slid on her fins and kicked away from the pontoon. I watched for a reaction, but none came. Reassured, I went in.

As calm and expletive free as Nat’s entry was, mine was not. It was the sort of cold that makes you catch your breath as you hit the water.  Swearing at the water through my snorkel, I pushed away from the ladder with a jerky inelegance as my muscles protested to the cold.

Even though my testicles had ascended to somewhere near my bellybutton, I soon found myself acclimatising. I looked around to see how Nat was going. She was five metres underwater retrieving a flipper dropped by a diver on the pontoon so I guessed she was doing okay. With the physical shock under control, I could take in the beauty of the place.

We’d been on a couple of reef snorkels in the last month. The visibility had been so poor we considered replacing our facemasks. But it was now clear – literally – that our gear hadn’t been the problem. These recent bad experiences made the  detail of our current view even more vivid.

We kicked across the pond and into the first channel. The depth changes abruptly from ten metres to less than two as you enter a lush underwater garden. The channel is lined with grasses and plants. They were alive with movement as they swayed in a current that lets you to drift down the channel.

The water is so clear it lets through enough sunlight for land plants to grow underwater. Their leaves release lines of air bubbles which you can see rising to the surface. We saw a handful of fish, not the endangered pygmy perch unfortunately, but really, it’s an environment dominated by plant life.

Drifting along, you appreciate the differences between fresh and sea water snorkelling. Waves don’t lap against the side of your face and there isn’t the constant background crackle made by tiny crustaceans and corals. Instead you hear reed warblers chirping in the tall grass that lines the channel. From an adjoining paddock I heard a cows mooing. You just don’t get that in the ocean!

As you approach the end of the channel you look ahead into a teal blue void. Being pulled towards it by the current is an amazing sensation. One moment you’re surrounded by bright green vegetation, then suddenly you’re in the stillness and depth of the next pond.

Loving every minute of it, we made our way along the second channel and into the third and deepest pond. At the bottom, 12 metres below, is a small cave.

Nat duck-dived and kicked her way to the cave with the grace of a pearl diver. I watched her slowly rise back to the surface. It was like she was flying such was the clarity and colour of the water.

Not to be outdone I tried to copy her effort. I did so with the poise of a duck with cramp. My natural buoyancy and wetsuit making me all but unsinkable. I conceded defeat and floated back to the nearby surface. 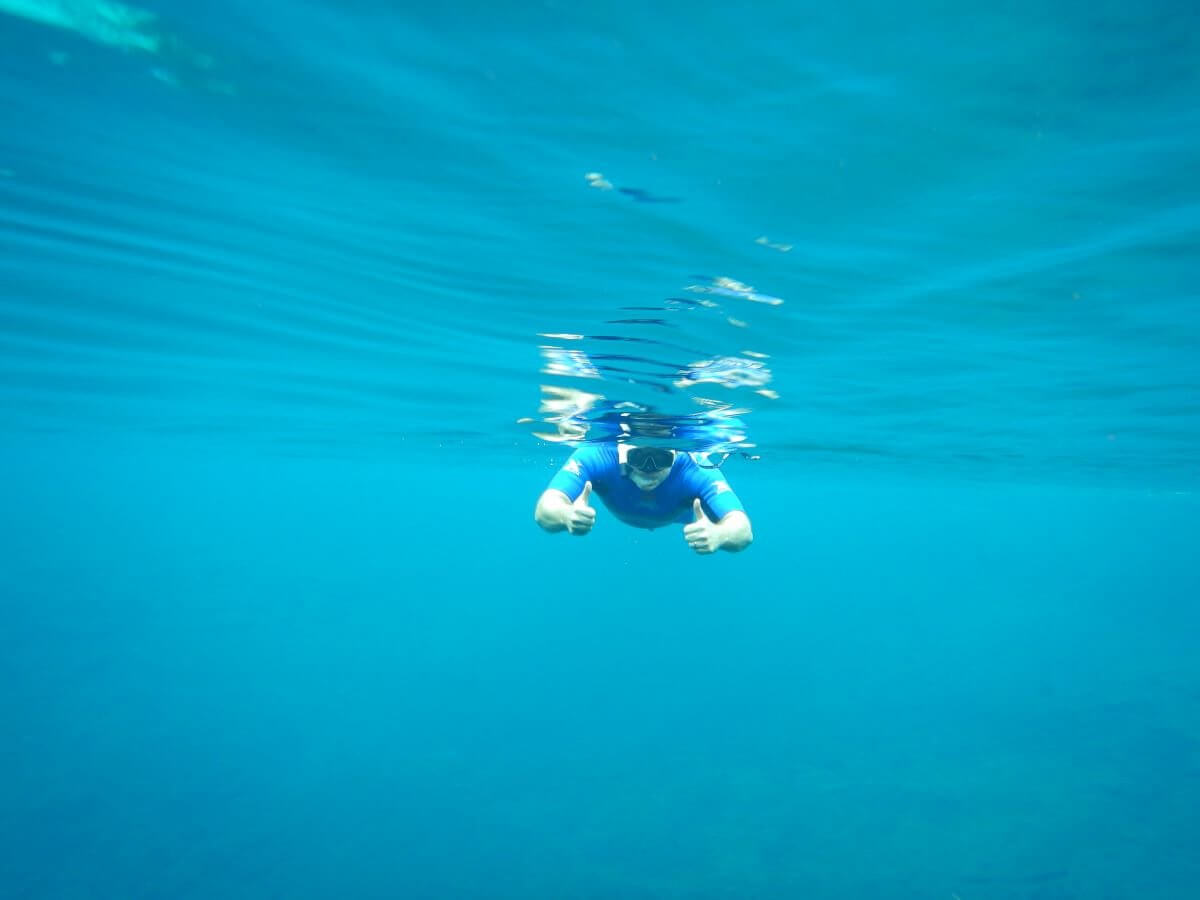 There is another pontoon in pond 3 where you can leave the water and walk back along a grassy path to where you started. Or, you can leave pond 3 and drift down the channel 2 kilometres to the coast. From pond 3 the channel is known as Eight Mile Creek.

As much as we wanted to keep going, we were starting to feel the cold. There was also the problem of having to get back to the car. We put the longer channel snorkel on our list of things to do another time.

Not ready for the experience to end we decided to snorkel back the way we came. It was then that we appreciated the strength of the current in the channels. Swimming against it was hard work!

As we left the last channel and arrived back in pond 1, I realized my lips were starting to go numb. Nat confessed she could no longer feel her toes. We’d done well to last around 45 minutes but it was time to get out.

We were greeted at the pontoon by a couple of divers preparing to go in. As we climbed the ladder, they grinned a hello. And no wonder they were smiling. They had on scuba dry suits – the ultimate in underwater comfort wear.

As we got out of our gear, we were feeling cold, but we also felt refreshingly clean. When you finish a snorkel in the ocean you leave the water feeling salty and straw-haired. If you’re at the beach there’ll be sand everywhere too.  But here, it was like we’d just finished an expensive treatment at a fancy day spa. Our hair was soft and our skin smooth.

We’ll definitely return to Ewens Ponds. Yes, we’ll stop at the general store in Allendale East and hire full length wetsuits, but we can’t wait to get back. We enjoyed a few days at the Port Mac Donnell Foreshore Tourist Park. The park is set directly behind the dunes so you can wake up with the sound of the waves. Only a short drive away from Ewens Ponds it’s the perfect place to stay.

If you enjoyed this story you may also like:
Swim with Seals
Snorkeling with Kids
Snorkelling with giant cuttlefish in Whyalla 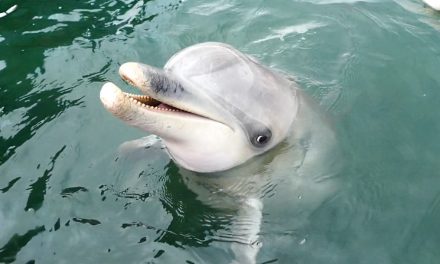 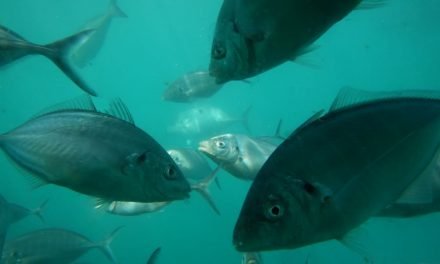 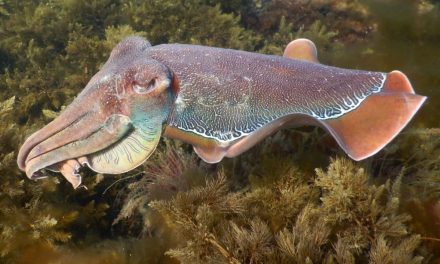 The Whyalla Cuttlefish – A spectacular show! 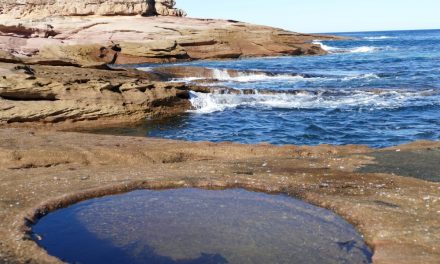